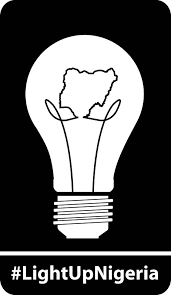 The power situation in the country is one of the key issues facing her development. A number of initiatives have been set up to tackle this by municipal administrations. Such initiatives have evolved from being a federal government initiative to being implemented at the state government level. This is especially true for the Light Up initiative. The federal government’s Light Up Nigeria was set up initially to drive renewable energy deployment to rural communities in Nigeria back in 2013. Currently, it is run by a civil society group to keep track and weigh up power projects done by all tiers of government.

At the state level, the present administration of the Lagos State government has taken the initiative a level up. It started with lighting up the streets on across the state, now the state is on course to implement 3000 MW for her residents, businesses and industries this time as the Lagos State Embedded Power Program. This is novel in the country and should be an initiative replicated across the nation with acronyms like Light-Up Kano, Light-Up Kaduna, Light-Up Akure, Light-Up Owerri etc as a means of addressing Nigeria’s power dilemma from a decentralized standpoint.

With reinvigorated interest in the mini-grid sub sector of the electricity supply industry from local and international investors, state governments can take advantage to power their states especially those not served by the national grid. The Ogun State Government has seen this and taken action by signing up eight companies to develop power projects in different parts of the state for their own initiative. The unique aspect of this is the various energy sources to be used for the initiative which ranges from conventional gas power to solar and waste-to-energy.

While it may seem early, the Light-Up initiative is definitely a bright in the dark tunnel of Nigeria’s blotted power history.